I didn’t write a post yesterday, as I wasn’t sure I had much to say. It was Sunday and Valparaiso was very quiet. As such I had a lazy day, walked to one of the patios and read a book (The art of racing in the rain, by Garth Stein. I cried my eyes out!). The sun was out and the view exceptional.

As I sat I pondered what would make this day unique. By the end of the day I concluded that this day was unique for the fact that it was the first day I just sat and took in the city. Then I walked, but not in to busy streets, in to empty ones. I was about to capture images of the streets unlike any other day. 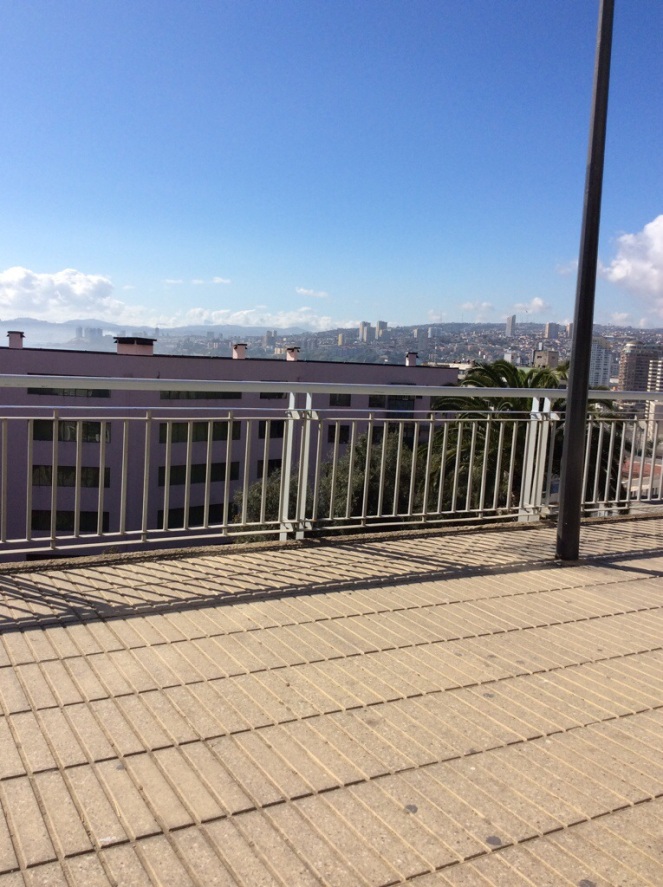 As I descended in to the flat port area, some lads were skateboarding down the empty streets. Right through the Main Street, with arms wide like they were flying! By the market area, the few cars stopped at traffic lights were entertained by colourful jugglers performing in the road until the light flashed green.

Much of the porteneos life is lived in the streets, out in public. Working or not, they leave the house in the morning and don’t return until late at night. They may go to work, then take coffee in a cafe, play chess at the port or meet with friends at the fountain. People are everywhere. Sunday is the day where this is reversed. The Sundays here remind me of my youth, where the shops were shut and you spent the day with family. The only ones walking the streets are tourists with no home to go to.

As I wondered I began to reflect on the days previously. One of the things I had started to notice were the levels of surveillance and security that were creeping in to certain areas. When we were in one of the more dangerous neighbourhoods in the car we were monitored as we stopped to take pictures. We were monitored in person by one of the local drug dealers working the corner, but we were also monitored by CCTV. This was not like CCTV in the UK, on top of a pole and continually monitoring a broad sweep of space. This was focused on us, it was manned, who ever was watching saw us as people of interest. Tourists don’t venture here, so why were we there?

I found it strange that busy tourist districts did not have CCTV. It sent a message about this area in particular. Locals live here, and they need to be watched/monitored/controlled. The spaces frequented by locals where subject to not only CCTV controls, but alley gating. This is a concept of securing space by closing off the walkways/ alleys between properties. Again this was very selective in which areas were secured and it appeared unwanted by locals, who propped them open! The locals are proud, creative and resilient, it does not shock me at all that they may be opposed to government/ police interventions, even when it may be sold to their benefit.

The recent forest fire in March highlighted this. After the loss of thousands of homes, the community got together and demanded things like better refuse collection, the electrics in the street sorting out. In an attempt to ward off potential future fire hazards. The mayor’s response.. ‘Did I invite you to live here..’ I cannot see how the people of Valparaiso will be inviting him to another term in the mayoral office anytime soon!